SNV Netherlands Development Organisation (SNV) is a non-profit, international development organisation founded 53 years ago, and now operating in 28 countries in Africa, Asia and Latin America. Our global team of local and international advisors use their expertise in three sectors – Agriculture, Renewable Energy and Water, Sanitation and Hygiene – as well as the cross-cutting topics of gender, climate change and youth employment to contribute to solving some of the leading problems facing the world today. We work with local partners to equip communities, businesses and organisations with the tools, knowledge and connections they need to increase and gain access to basic services – empowering them to break the cycle of poverty and guide their own development.

SNV has been working in Vietnam since 1995, and currently has over 30 national and international staff. SNV Vietnam operates from a head office in Hanoi and projects in over 50 provinces in the country, including in the poorest and most remote areas.

SNV Vietnam has obtained a contract to implement the “Market development and competitiveness enhancement for cinnamon products to promote women's economic empowerment in Lao Cai province project” under the “Gender Responsive and Equitable Agriculture and Tourism” (GREAT) program funded by the Australian Department of Foreign Affairs and Trade (DFAT) and managed by CowaterSogema. The project focuses on improving the social and economic status of ethnic minority women in Vietnam by strengthening their engagement in the cinnamon value chain. This in turn increases incomes for local ethnic women, supports local businesses in Lao Cai province to better access international markets for cinnamon export is a key feature of the project.

SNV is looking for a qualified consultant (team or firm) who can deliver the services described below at a competitive price.

The general objective of this assignment is to research and provide comprehensive and accurate information on the existing international market for cinnamon and based on that propose appropriate recommendations to support project beneficiaries i.e. smallholder cinnamon producers/cooperatives and relevant cinnamon value chain stakeholders to develop new/improved market opportunities.

The research will have the following specific objectives:

3.   Outputs and use of outputs

The consultant is supposed to deliver at a good time and of good quality the following deliverables:

The title of consultancy report will be “Cinnamon – The export market to high-end international market - For a competitive development of the Cinnamon Value Chain in Lao Cai province”. The report will fully address the research objectives as described above. Specifically, the report will include the following:

The assignment will start with a general orientation on the cinnamon sector. This includes:

Data collection will include the following components

The following basic question needs to be answered during the research

The analysis of data is the full responsibility of the consultant. This will be concluded in a validation workshop, in which 15 to 20 stakeholders will participate, during which a draft report, including its market research and intervention opportunities will be presented.

The role of the consultant is to be the main responsible party to implement the assignment, whereas SNV’s role is supportive as well as quality assurance. The division of main responsibilities is as follows:

A total estimated of 30 working days by the consultant during the period February to May 2021.

A lump-sum to cover fee and related data collection, travel, as appropriate, will be paid upon satisfactory completion of the assignment.

Remuneration will be subject to the qualification of the consultant and to agreement on services provided by the consultant in relation to the SNV’s financial regulation.

The contract will be in form of lump sum with the proposed total budget covering consultancy fee, VAT/PIT tax.

The consultant should be a team, combination of two experts (one international and one national experts), and should meet the following requirements:

Interested consultants are requested to submit his/her CV and interest letter with a short proposal demonstrating their ability to deliver the assignment and proposed rate to the link https://smrtr.io/52P_x by 17.00 hrs February 28th, 2021. 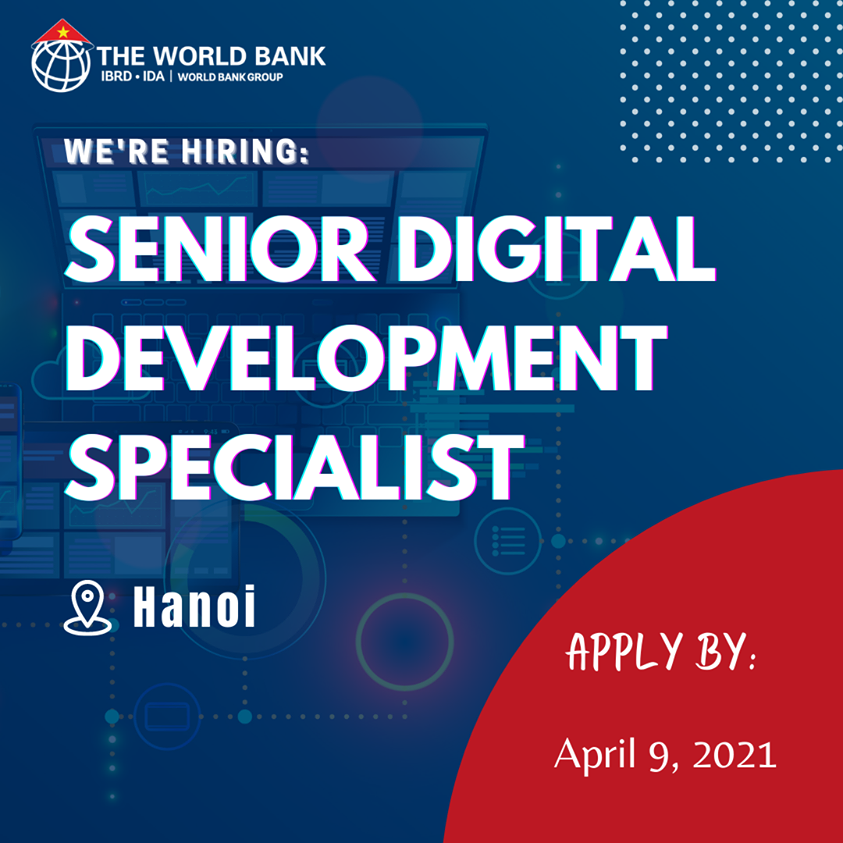