Anti-corruption has been high on the agenda of the Communist Party and Government of Viet Nam for the last two decades; yet the focus has been on corruption at the central level, particularly related to the State-owned enterprises and financial institutions, or at the public services delivery sector. The recent anti-corruption actions have also targeted specifically at those of high level positions who involved in the big corruption cases such as former Politburo member, former Ministers and provincial leaders. But corruption in Viet Nam is widespread. In 2019, Viet Nam scored 37/100 on the 2019 Corruption Perceptions Index (CPI) – a Transparency International (TI) tool which scores and ranks countries/territories based on how corrupt a country’s public sector is perceived to be (0-highly corrupt to 100-very clean), ranking 96th out of 180 countries/territories surveyed. The TI’s CPI results showed that corruption in the public sector remains a serious problem in Viet Nam as the country is still among two thirds of the world’s countries scoring below 50*. Meanwhile, police, prosecutors, judges, and members of parliament, who are collectively the main actors in the criminal justice system of Viet Nam, are still perceived to be the most highly corrupt groups and institutions according to the Towards Transparency (TT)’s 2019 Viet Nam Corruption Barometer (VCB 2019)**. Yet, very little effort has been paid to tackling corruption in the criminal justice sector despite a newly set up agency within the Supreme People’s Procuracy (SPP) specialized in handling corruption in the judicial activities .

Corruption is not a driver of wildlife trafficking, but it can occur at every stage of the wildlife trade chain. It includes payments for access to protected areas or for information on patrols, payoffs for customs and police officials to ensure that shipments are not inspected or seized, and bribes to judges and prosecutors to prevent convictions of poachers or traffickers etc. In addition, corruption is identified as the major obstacle to the effective performance of the wildlife management authorities and law enforcement efforts in countering wildlife trafficking (CWT). The issue has recently risen up the global wildlife conservation agenda with a series of international agreements highlighting the role of corruption in wildlife trafficking.

While in Viet Nam, there is no single legal document or policy officially recognizing their interrelated connection despite recent changes in the amended Penal Code and revised Anti-Corruption Law. Although there is no direct enforcement of these anti-corruption provisions to tackling illegal wildlife trade (IWT) but increasing the transparency and accountability of those in the Viet Nam’s criminal justice system would contribute to creating deterrence to wildlife crime. Thus, the dissemination of the new anti-corruption provisions to government officials, especially those in the law enforcement and judiciary sectors play an important role in enhancing the government’s responses to the fight against corruption and wildlife trafficking.

Recognizing that critical role of the anti-corruption measures in CWT, WCS has worked with Institute of Public Policy and Law (IPL) and local consultants to develop policy briefs on anti-corruption and CWT in Vietnam to build support from the Communist Party’s organizations and government of Viet Nam to address corruption within the criminal justice sector and identify the opportunity to include CWT in future policies and annual action plans on anti-corruption. At the same time, WCS has also collaborated with the Law School under Viet Nam National University, Ha Noi (VNU-LS) through partnership with IPL to design a course module on the role of corruption in wildlife trafficking including the reference book, syllabus and detailed lesson plans to deliver to master students who are currently taking the Master Program on State Governance and Anti-Corruption and most of them work for party’s organization, law enforcement and judicial agencies, and local governments etc.

In order to disseminate the developed policy briefs and the reference book on the role of corruption in wildlife trafficking, WCS and IPL will engage Government Inspectorate of Vietnam (GI) and VNU-LS to co-host a forum on how corruption enables illicit wildlife trade and implications for Viet Nam. The Magazine of Internal Affairs under the Party’s Central Committee of Internal Affairs (CCIA), Procuracy Magazine under the Supreme People’s Procuracy (SPP) and People’s Court Magazine under the Supreme People’s Court (SPC) will also be engaged to the organization of this forum. The event will bring an opportunity for relevant stakeholders from the Communist party’s organizations, criminal justice agencies, anti-corruption agencies, academics, NGOs and journalists to have a comprehensive view of how corruption enables IWT, share and discuss initiatives for tackling corruption in IWT in Viet Nam.

An international consultant, who owns practical experience and knowledge of anti-corruption and illegal wildlife trade from a professional education institution, is needed to advise and support WCS Viet Nam in the organization of this event as well as provide key note speech and facilitate panel discussions.

The overall objective of the consultancy is to advise WCS Viet Nam on the suitable approach and direction for its future anti-corruption works and provide participants of the forum with an understanding of the link between corruption and wildlife trafficking.

Interested candidates are invited to send their proposal including CV with proof of relevant experience to WCS, email address: vnprocurement@wcs.org by 23:59 on 8 March 2020 at the latest.

Proposal email should have subject:  “Speaker at the forum on corruption in wildlife trafficking and implications for Viet Nam”

Note: Only shortlisted candidate will be contacted.

Consultancy to Produce Video on VSLA

Consultant on Interpretation and Translation 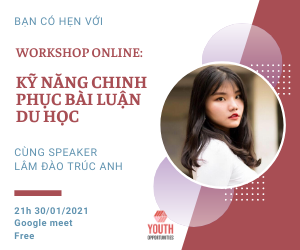 Consultancy to Produce Video on VSLA

Consultant on Interpretation and Translation